Lullaby Layette from Oliver and S

The other day I threw some clean clothes on my infant son and thought “god - he looks like he’s about to pop to B&Q and then down spoons with his mates to watch the game. He’ll stumble in at 4pm scratching his balls and asking what’s for dinner before falling into a sweaty sleep on the sofa. I want my son to be a poet, or at least an accountant who has read some poetry”. Why are all affordable baby clothes so aggressively heteronormative? Anyway. That was the prompt I needed to finish this lullaby layette set which I cut a long time ago but didn’t manage to sew up. 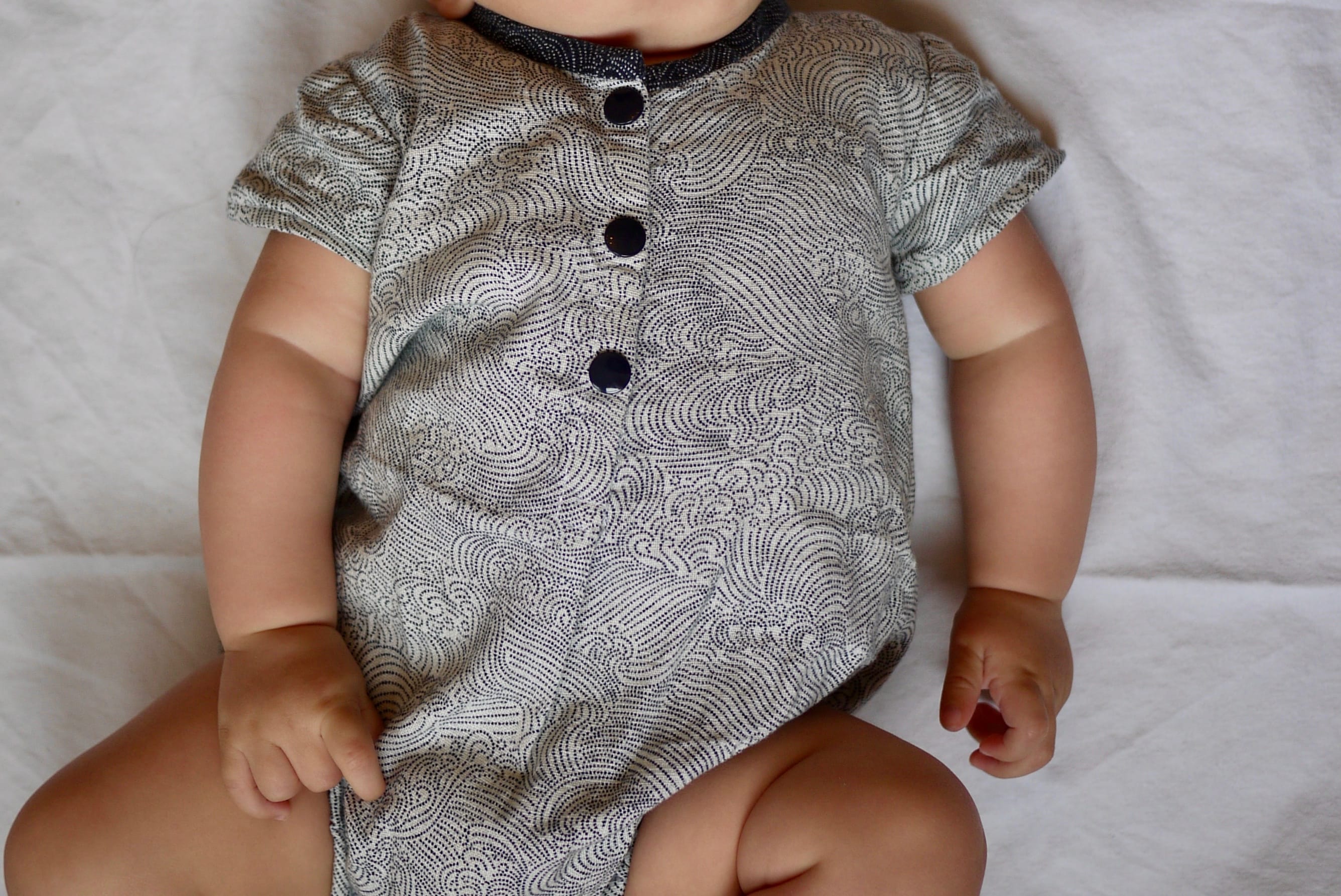 The onesie is for a baby aged 3-6 months, which my baby was once. It no longer fits him because he is, as I keep telling him, such a big boy now yes he is. The fabric was from Cloth House, the body is called “Japanese Wind White”, and the binding is “Japanese Wind Navy”. Those links don’t work at the moment because the website is “closed for Christmas” (lol ok).

This was really fun to sew and my son looked extremely cute in it. This onesie works well in summer but looks a bit strange under trousers because it is so puffy around the tum.

This jacket is reversible and I am obsessed obsessed with this rabbit fabric which I used as a lining. It’s also from Cloth House. The outer fabric is some leftover Japanese seersucker printed with small crosses which I made a vest out of a while back. Using seersucker has given this jacket a crumpled quality which hopefully means I won’t have to iron it because nobody has time for that.

These were great. Fun to sew, very sturdy feeling with lots of room for baby to roll and wiggle around in. I made them using some corduroy from Merchant and Mills leftover from a shirt I made a while back. They appear to have sold out of it. Annoyingly I cut one of the pockets upside down so it has the wrong NAP to the other one 🤦🏻‍♀️. He won’t care I guess. He doesn’t even know he has hands.

I’d like to make these again but also these babies man, they really eat into the sewing time. 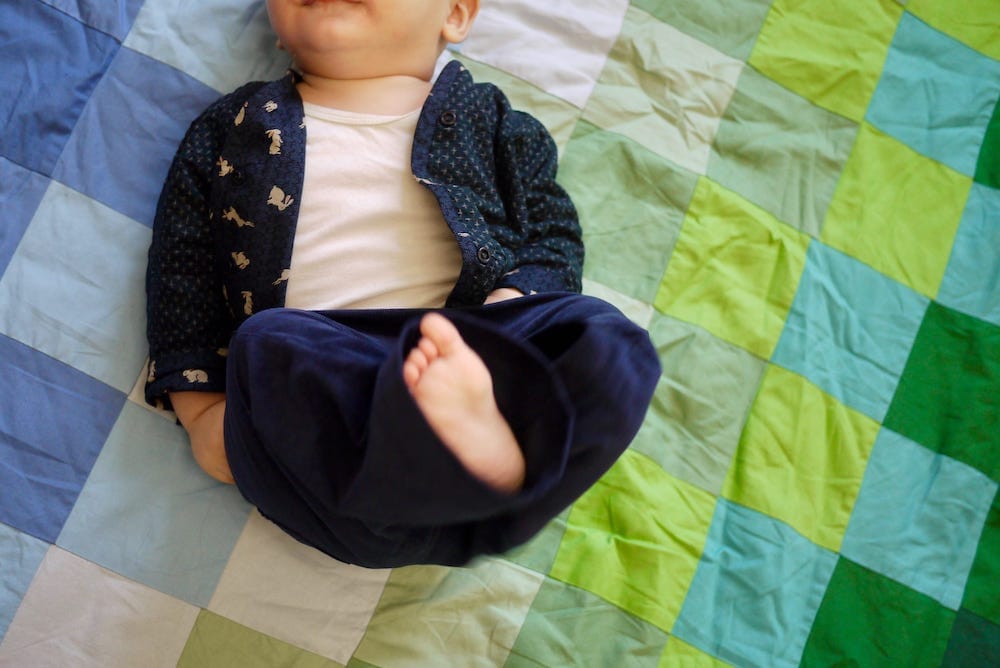