[Note] Hello - this is an old post that I’ve moved over from my Tumblr. I’ve just copied the words and pictures across.

I have an oddly proportioned boyfriend who doesn’t like spending money on clothes. Two good reasons to sew him a shirt, I thought. All of the sewing blogs that I keep up with have at some point attempted a men’s shirt for a man-friend and all of them have been only kind of successful. This seems largely down to the lack of independent patterns for menswear and the fact that all of the blogs I follow are written by women and so they are out of their comfort zone tackling men’s clothing anyways.

Pattern: I chose the Negroni shirt by Collette’s men’s line Walden. All of Collette’s patterns are 1950’s twee as heck tea-party and cupcakes dresses that I would never wear, but their sewing instructions are really well written and there’s a very helpful sew along for this one on the Male Pattern Boldness blog which is a really good starting point for sewing a men’s shirt (once you’ve jacked up the font size…)

I mostly like this pattern. It has a few new techniques that I’m pleased to have tried: flat felled seams, a new type of placket and the “burrito method” for attaching collars to yokes. The one thing I really detest about this pattern is the collar. I didn’t notice until after I bought it that it had what is known as a “camp collar”. Its a sort of post World War II rationing style collar that uses less fabric and was very popular in the 1950’s. Since sewing this shirt I’ve been on the look out for camp collars on real 2014 people and so far I have only come across one on a heavily tattooed and pierced guy in a Hawaiian shirt. Oh, and on the prison uniforms in Prison Break. Great.

Fabric: I bought this fabric from Cloth House on Berwick St. It’s surprisingly hard (given how popular checked shirts are) to find good check fabric. Mostly it’s too fussy or too pretend-scottish. 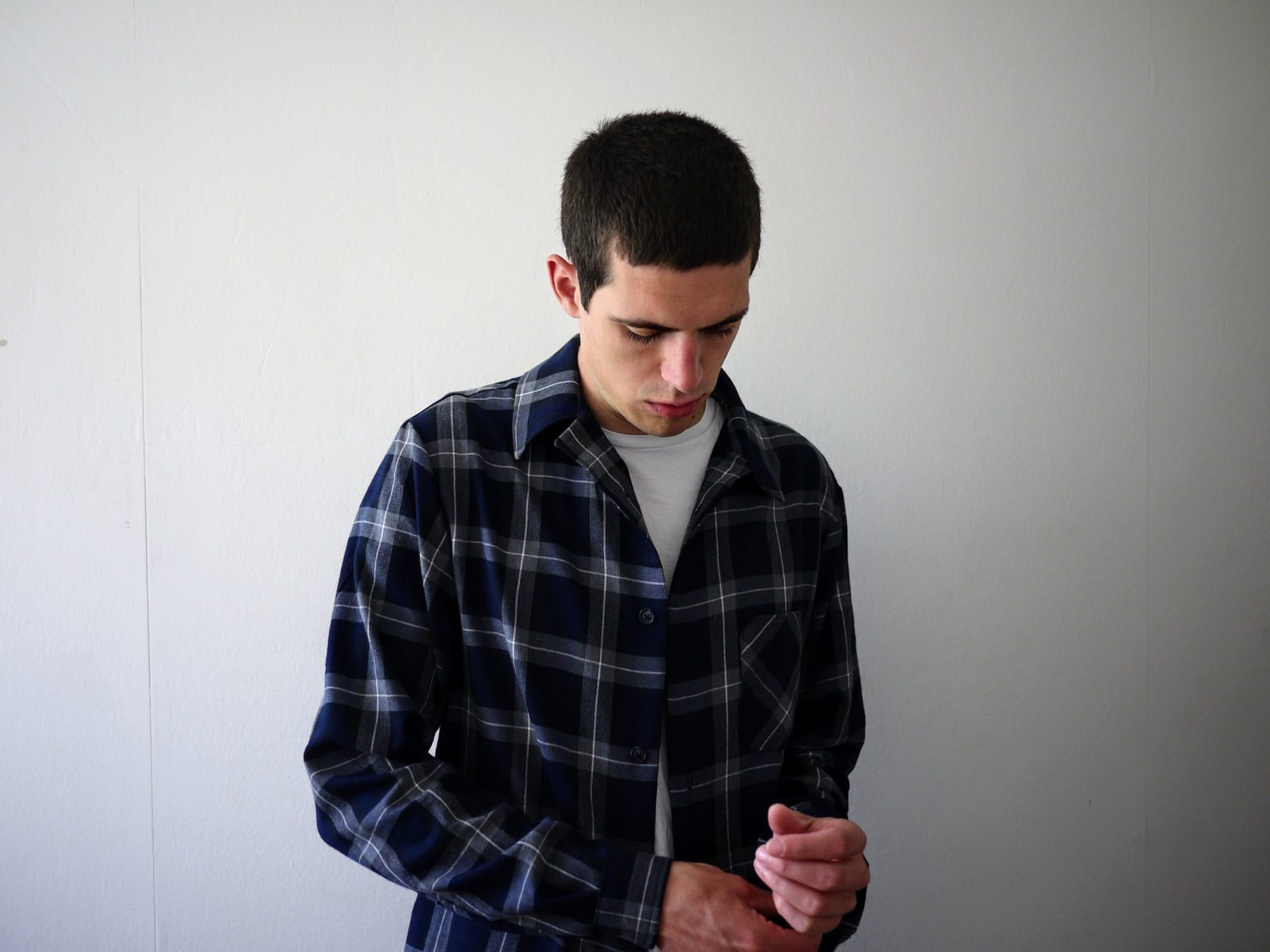 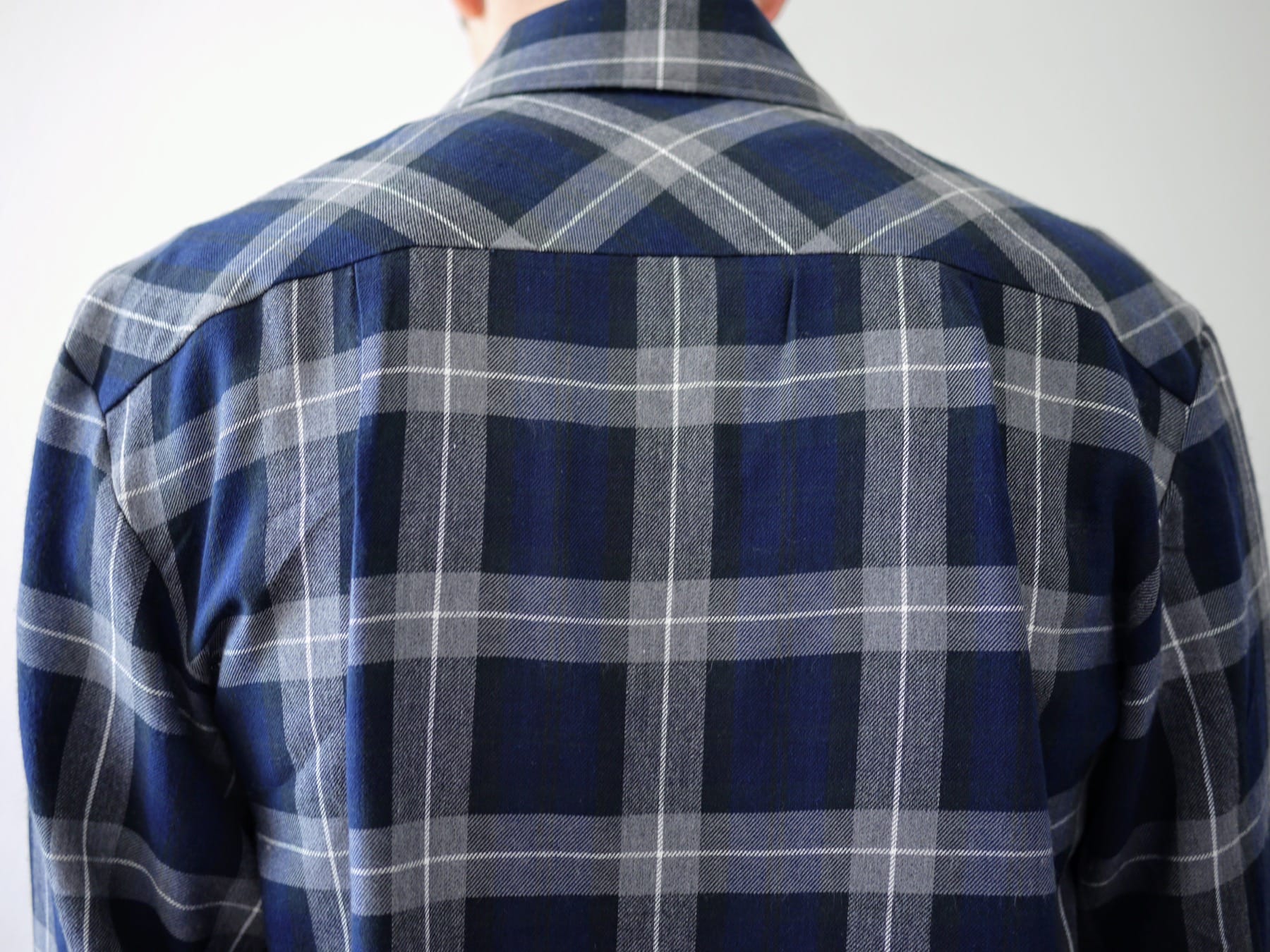 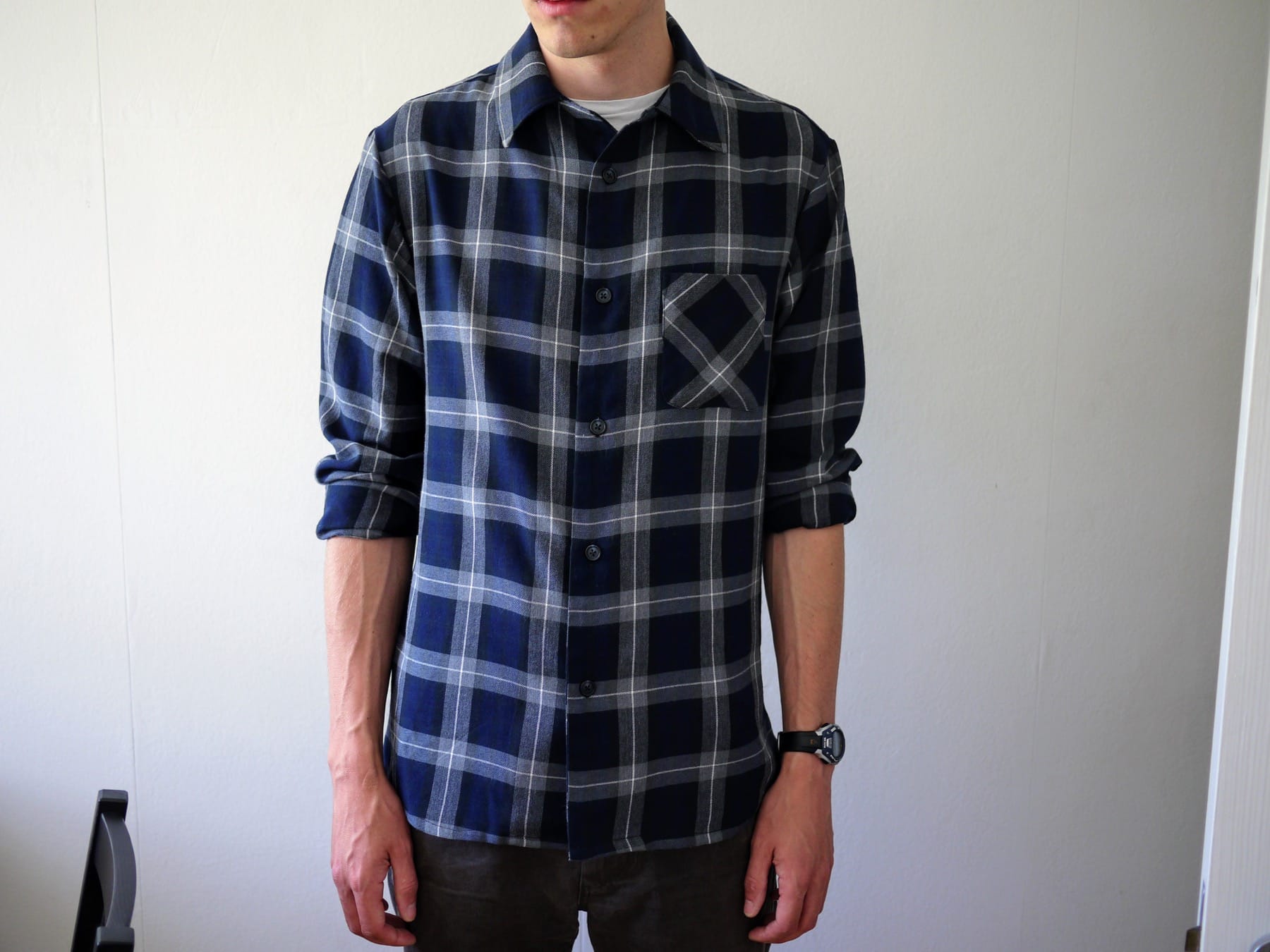 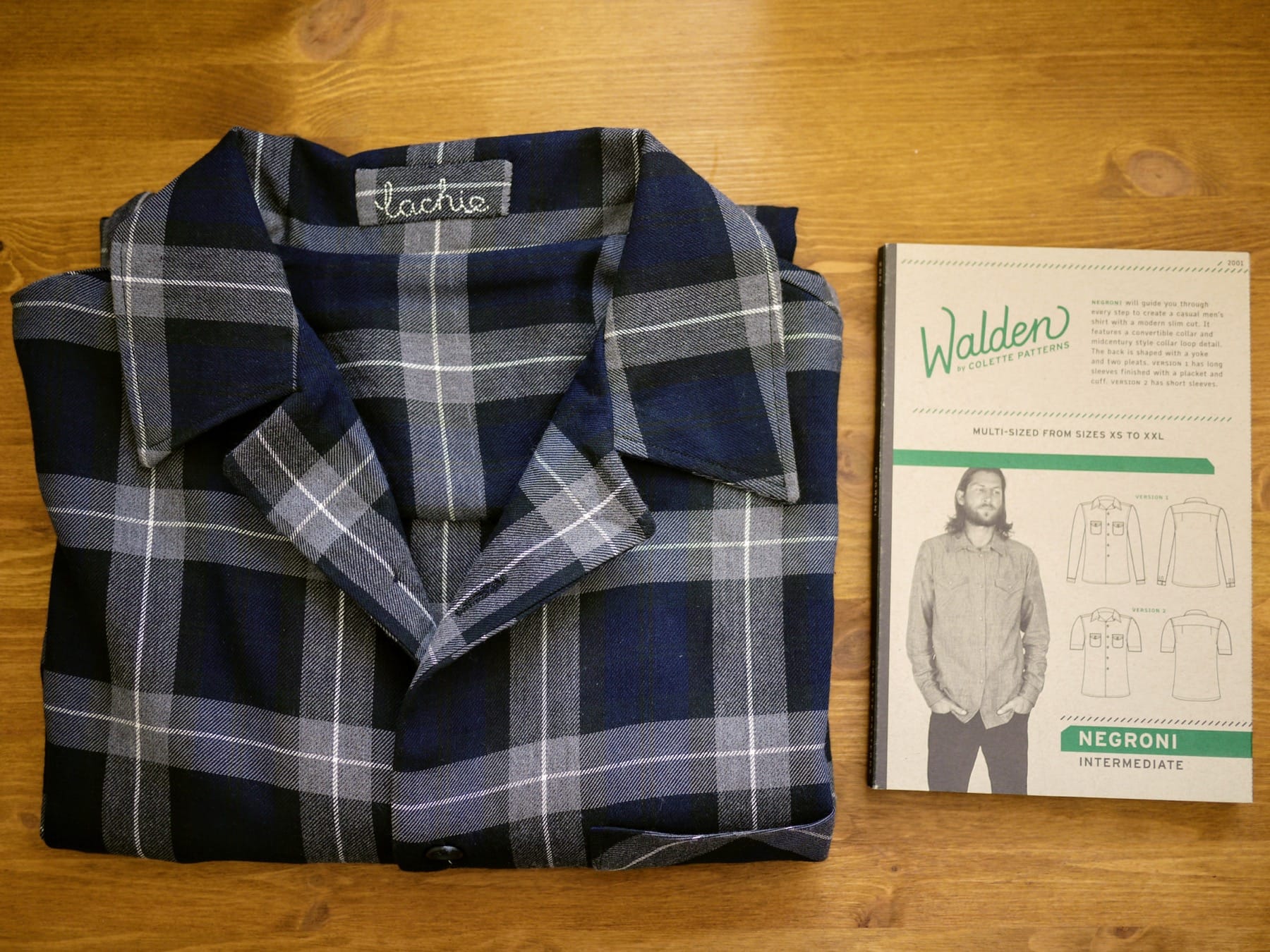 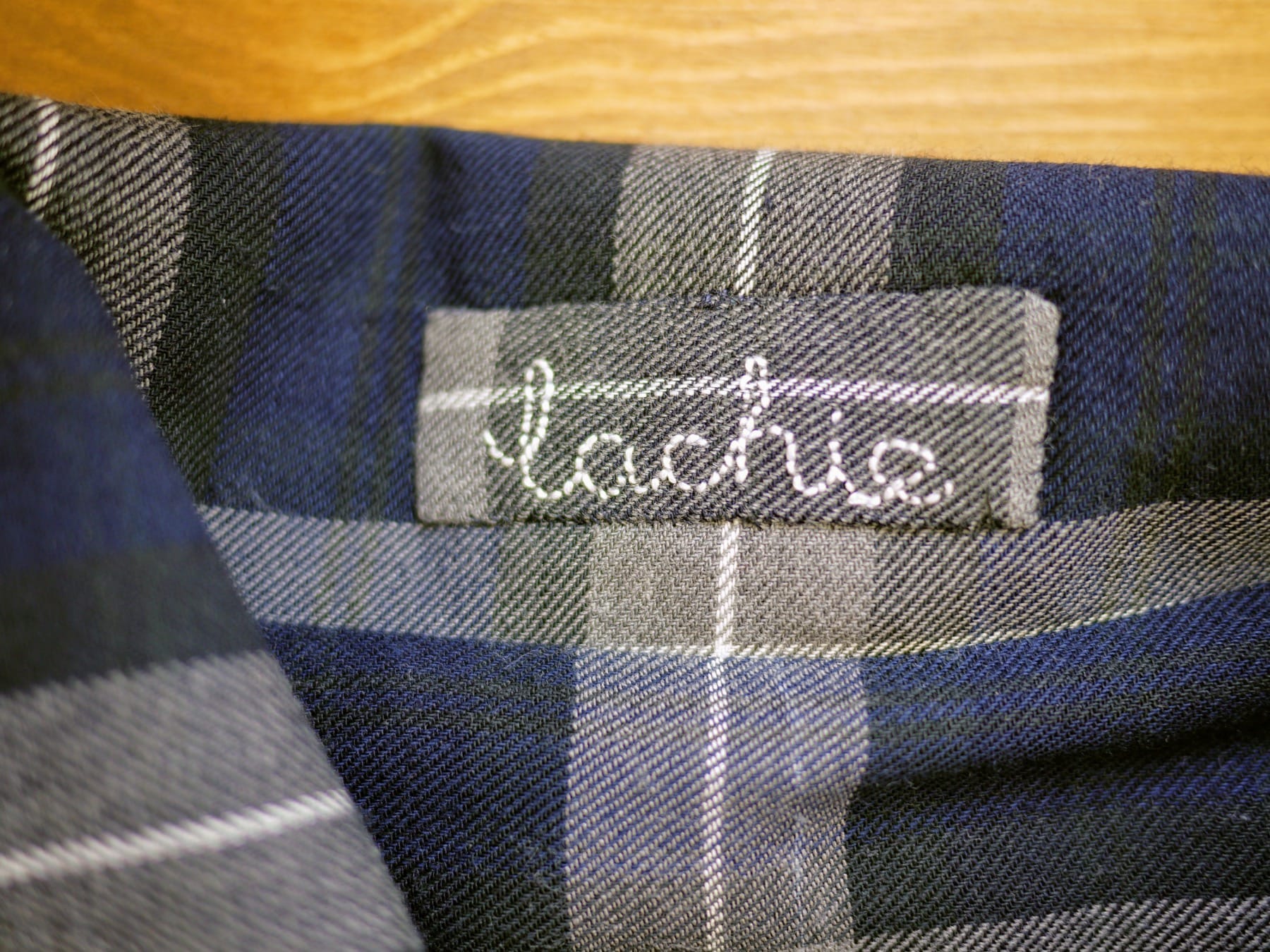 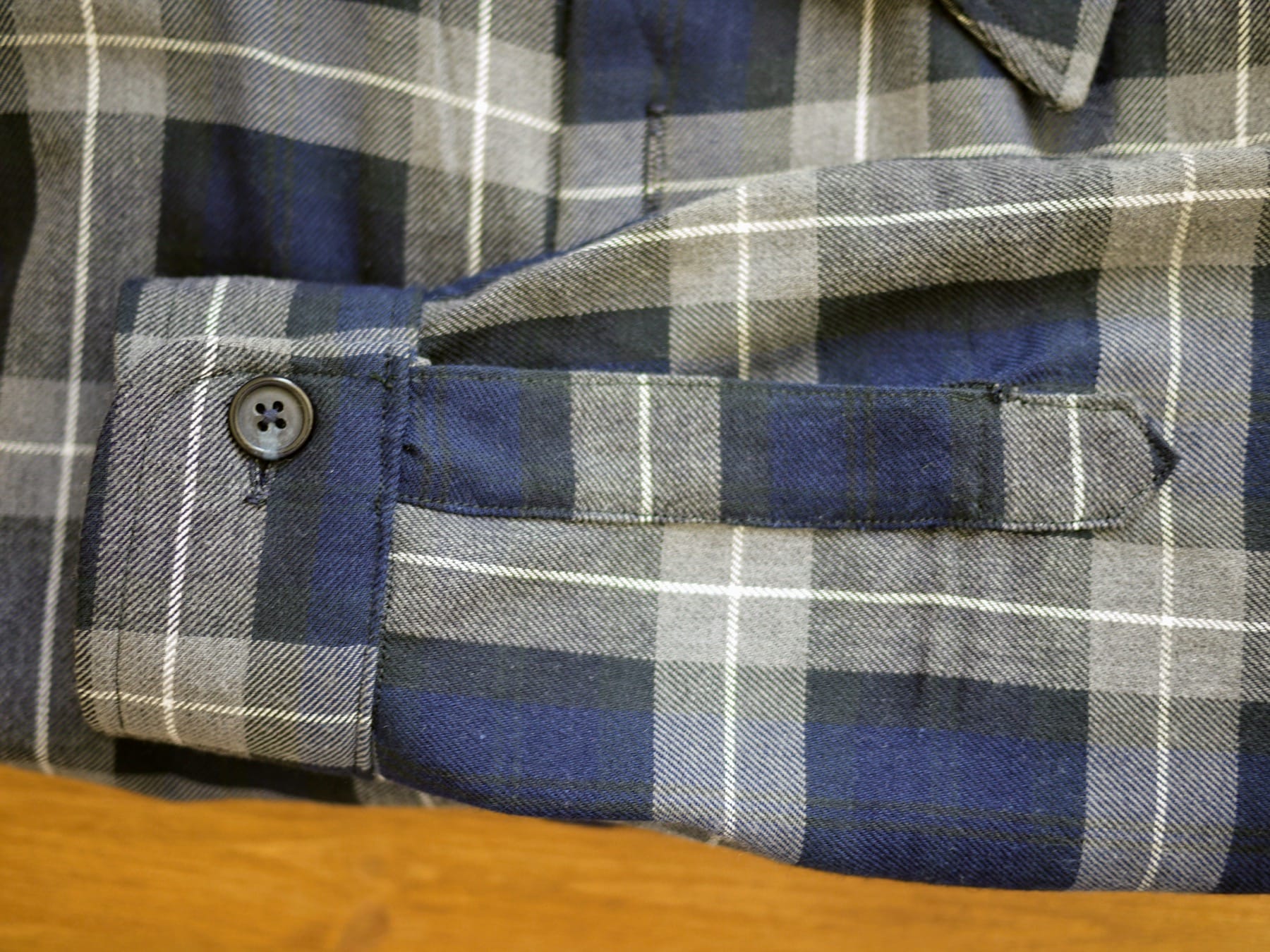