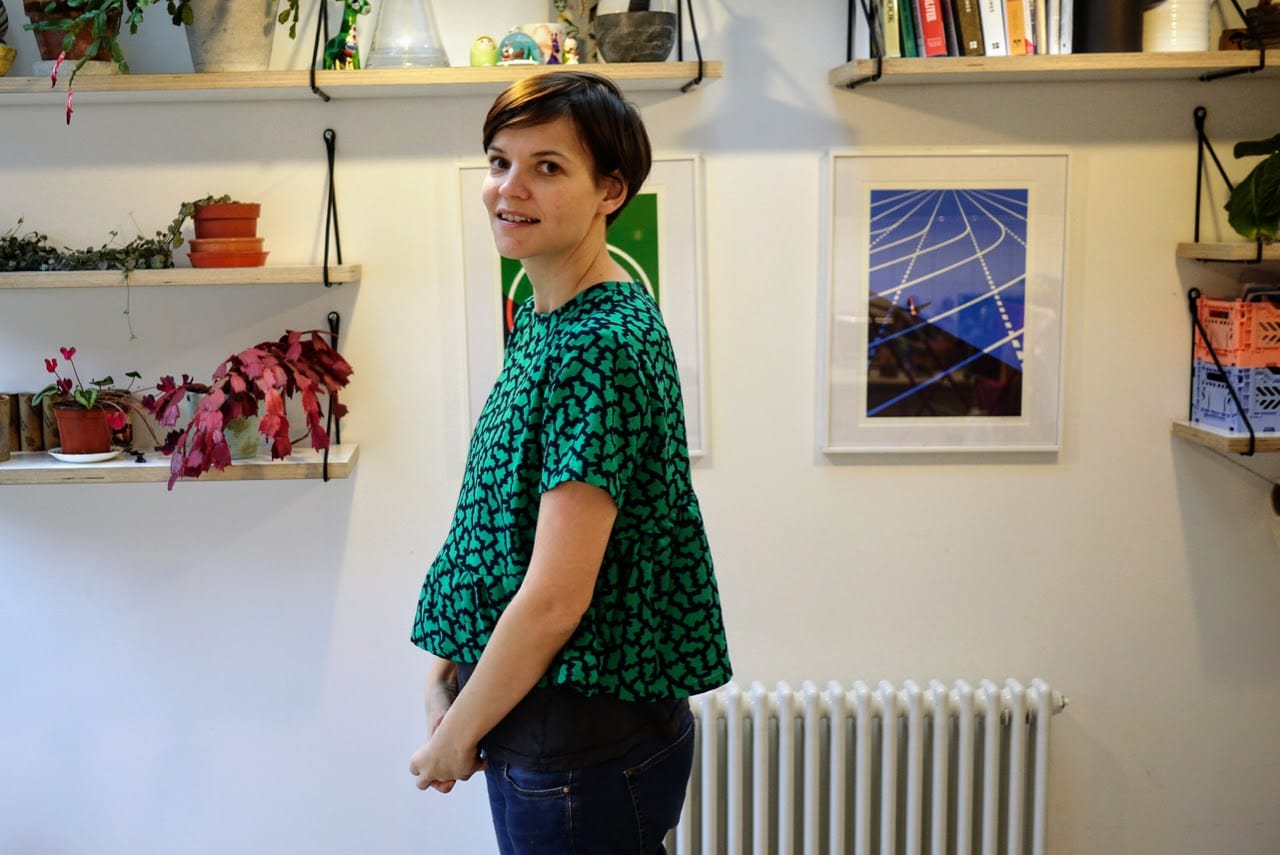 Look at her! isn’t she beautiful?

This is the Florence Top. I’m not usually a ruffles person. They’re a bit too fussy for me. Somehow, though, I love this ruffle. January is not your classic a cropped t-shirt making month but I’m 4ish months pregnant and I wanted to make something that I could fit a bump in (albeit with some tactical layering).

I already wore this to work and it’s fair to say several of my colleagues were big fans. 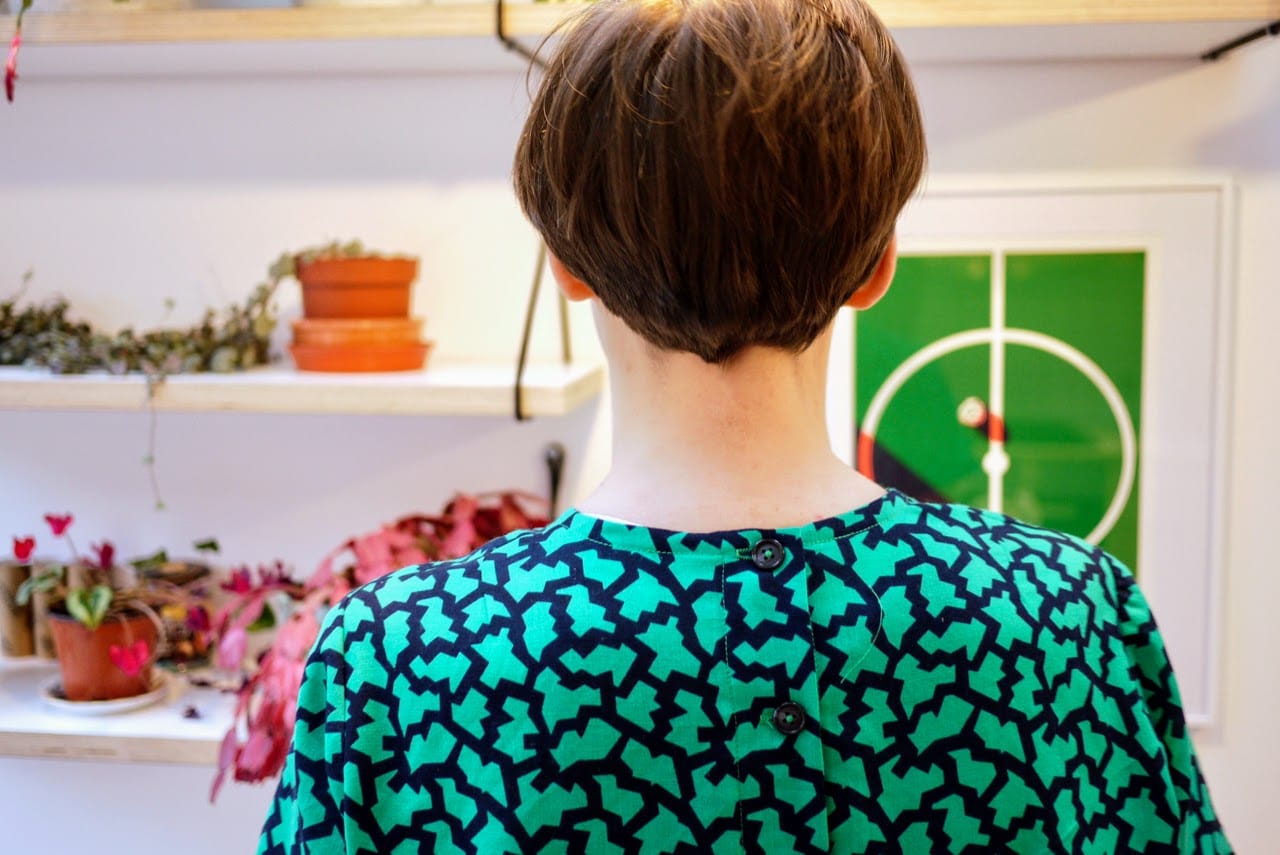 The pattern was very easy to sew. I think I could get a more even spacing on the ruffle next time because I pinned this above the sewing line instead of on the sewing line so some of the nice evenly spaced small folds became plain old big folds.

I sewed a 12 with a 1 inch length increase in the bodice. I’m happy I did that - most cropped styles without the increase come out too short for me, even when I wear a high-waist trouser. 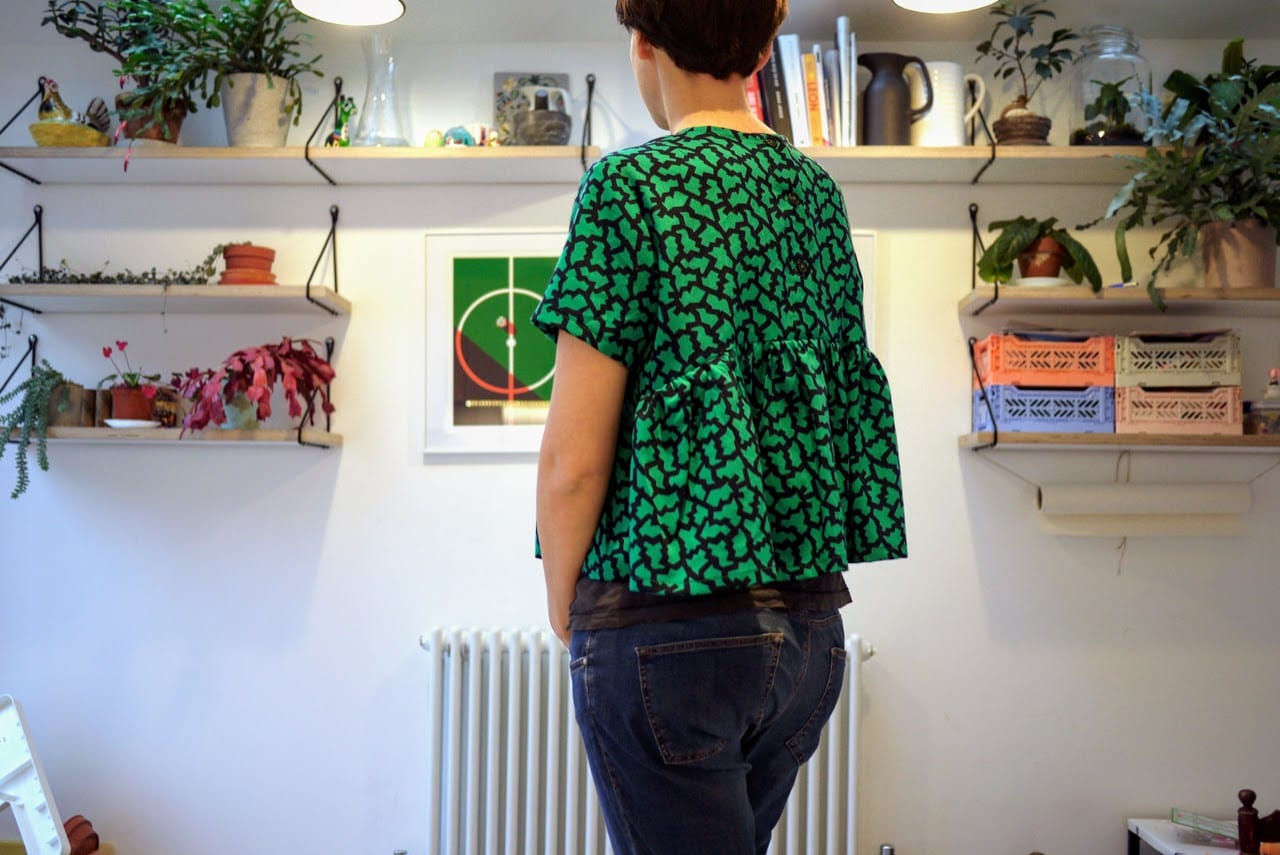 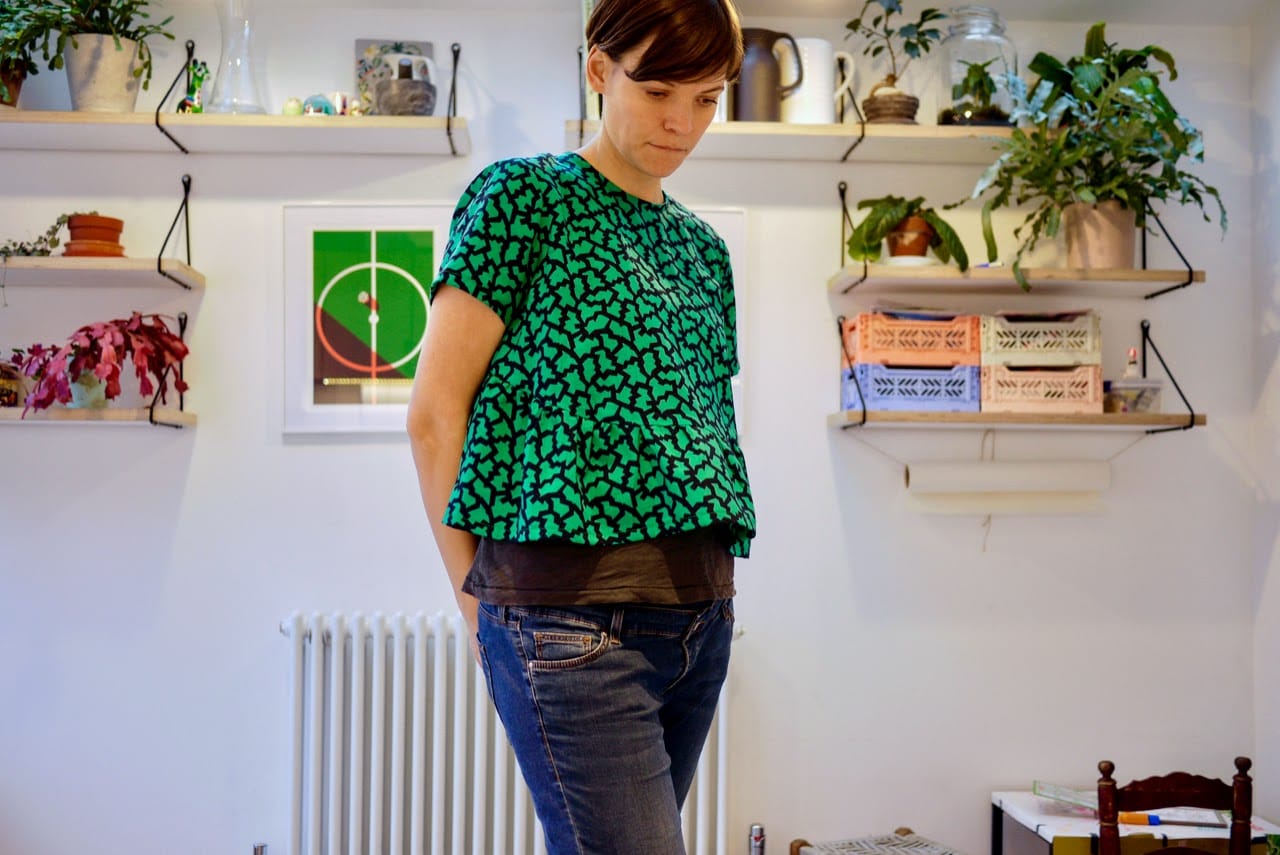 Big surprise in the fabric - it’s wool! Doesn’t she have a lovely drape? She’s so fine, I’ve never seen a wool this lightweight before. A friend of my mother-in-law has a brother who does house clearances, and he cleared the house of a recently deceased Danish woman living in Scotland. The woman had the most incredible stash. I spent a full hour looking through all of it and picked out a bunch of things which I paid for with a donation to the Christie At Macclesfield fund. Most of the fabrics were labelled with the purchase date, price and location. This wool didn’t have any details but judging by the rest of the fabric I’d say this was bought in the early 90s.